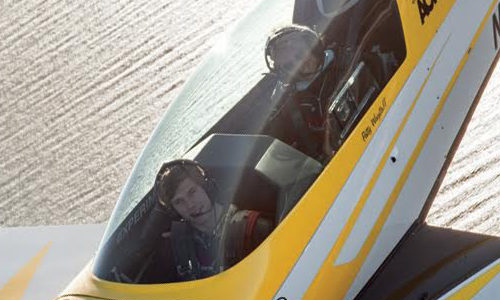 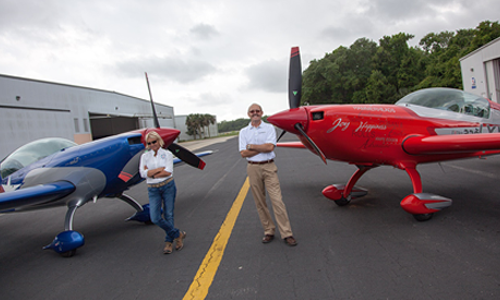 Offering Upset Prevention and Recovery Training (UPRT). Our UPRT training is designed to teach or refresh pilot skills needed to handle any situation that presents itself while flying. 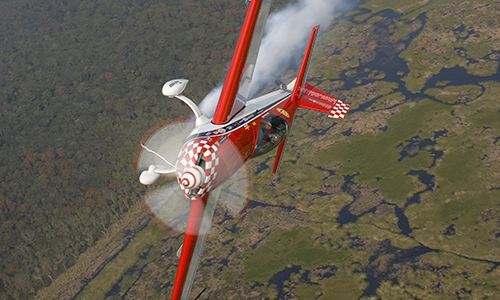 Patty Wagstaff flies one of the most thrilling, dynamic, low-level airshows in the world. She also demos airplanes for companies and private individuals, and is available for coaching for airshow and aerobatic competition.

For everyone who wants to learn aerobatics or wants to improve their flying skills, this course explores the important fundamentals: The Loop, the Roll and the Spin. We take you through each maneuver, show you how to do it, how to fix common errors and how to stay out of trouble. This course is for airplanes with or without inverted systems!

Co produced with Sporty's Pilot Shop, this is a must for every aspiring aerobatic pilot!

More than just a list of maneuvers, this course explores the art and sport of high performance flying—it’s the perfect complement to in-airplane training. Almost four hours of video includes the history of aerobatics, what the industry looks like today, and how to get started. You’ll also learn about legal considerations for flying aerobatics, how to prepare physically, and the systems on different types of aerobatic airplanes.

Improve your stick and rudder skills with tips from a legend—this comprehensive course works on your laptop, iPhone, iPad, Android, and smart TV. 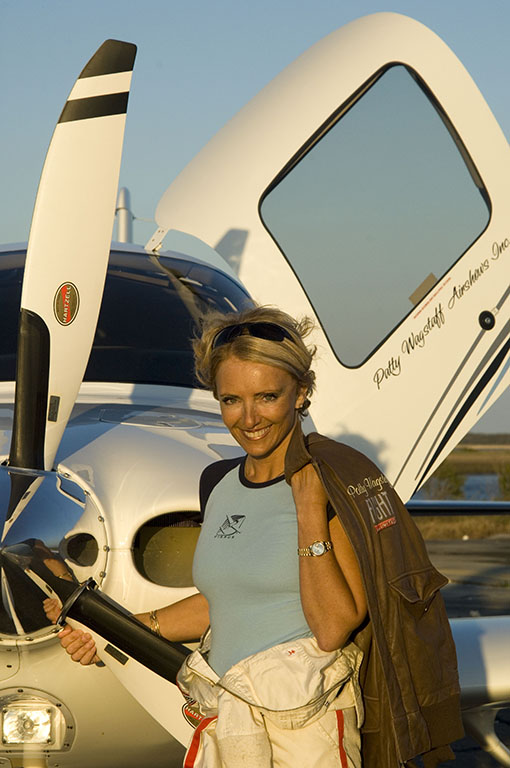 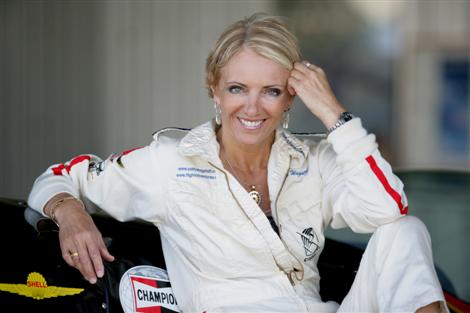 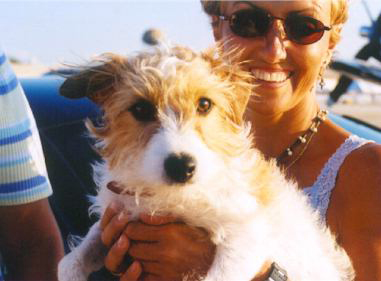 To Patty Wagstaff the sky represents beauty, freedom and challenge. A six-time member of the US Aerobatic Team, she is the first woman to win the title of US National Aerobatic champion and one of the few people to win it three times.

Energetic and spirited from earliest childhood, Patty Wagstaff has built a life of adventure, risk, and courage. Following her dreams even when no reward was in sight, her dedication has pushed the limits of aerobatic flight.

Wagstaff has earned recognition for her accomplishments as a woman, and as a pilot, flying thrilling low-level aerobatic routines in competitions and air shows before millions of spectators each year.

Her breathtaking airshow performances give airshow spectators a front-row seat view of the precision and complexity of modern, unlimited hard-core aerobatics. Her smooth aggressive style sets the standard for performers the world over. Patty has flown aerial displays in such exotic places as South and Central America, China, Russia, Europe, Singapore, Kenya and Iceland.

Patty grew up in and around airplanes. Moving to Japan when she was nine years old where her father was a Captain for Japan Air Lines. At ten years old when her father let her take the controls of his DC-6, her lifelong love affair with airplanes began. Since then she earned her Commercial, Instrument, Seaplane and Commercial Helicopter Ratings. She is a Flight and Instrument Instructor and is rated and qualified to fly many airplanes, from World War II fighters to jets. Patty's sister, Toni, is also a pilot for United Airlines.

Patty's skill is based on years of training and experience. She is a six-time recipient of the "First Lady of Aerobatics" Betty Skelton Award; an inductee into the National Aviation Hall of Fame and was the recipient of the National Air and Space Museum's Award for Current Achievement. She is proud of receiving the Airshow industry's most prestigious awards, the "ICAS Sword of Excellence", and the "Bill Barber Award for Showmanship". Recently she was awarded a Lifetime Achievement Award from the Air Force Association.

In March, 1994, her airplane, the Goodrich Extra 260, went on display in the Smithsonian National Air & Space Museum in Washington DC where you can see it on the Mall today.

Also, as a member of the Screen Actors Guild, Motion Picture Pilots Association, United Stuntwomen's Association, she has worked as a stunt pilot and aerial coordinator for the film and television industry.

From 1999-2006, Patty was Raytheon’s/Beechcraft (now Textron) demo pilot for their T6A/B Texan II military trainer and light attack aircraft, performing in international Airshows such as Paris, Singapore and Farnborough. Today she continues to coach their Demo Team.

Since 2001, Patty travels regularly to Kenya where she leads a training program to give bush, recurrency and aerobatic training to the pilots of the Kenya Wildlife Service (KWS) Airwing, who protect Kenya’s wildlife and other natural resources from poachers.

From 2010 to 2012 Patty flew for Cal Fire as an Air Attack pilot in the OV-10 Bronco. Cal Fire pilots fly the OV-10 and the S2T Tanker out of 12 bases helping keep California safe and supporting firefighters on the ground.

In 2013 she returned to Florida to start an aerobatic school, “Patty Wagstaff Aviation Safety” in St. Augustine, Florida.

Wagstaff continues to fly airshows worldwide, and when not flying, she leads an active lifestyle and enjoys working out, riding horses, hanging out with her dogs and her parrot, Buddha, or at the beach. She loves good restaurants, music, reading, and cooking too!

Her latest venture is producing a series of educational and instructional videos on aerobatics with Sporty's Pilot Shop in Clermont, Ohio, with its first two releases “Introduction to Aerobatics” and “Basic Aerobatics” being released in 2020.

PATTY IS PROUD TO BE SPONSORED BY: Bose Headsets, maker of the best noise canceling headsets in aviation; MT Propeller, maker of the best aerobatic propellers in the world; Barrett Precision Engines; Champion Aerospace, manufacturer of high-performance aviation quality spark plugs, harnesses and oil filters. She is also sponsored by Goodyear Tire Corporation, Concorde Battery and Lord Corporation. She is an ambassador for the Aircraft Owners and Pilots’s Association, AOPA.